Our Chief  Instructor holds the rank of Black Belt 8th Dan. His rank is recognised by British Taekwodo, World Taekwondo and the Kukkiwon.

He was a member of the 1988 Olympic squad narrowly missing out on being selected for the final team. After retiring from fighting he went on to represent Great Britain at the European Poomsae (Technical Championships) after taking the gold medal at the Nationals in Liverpool.

His other main Instructor qualifications include: 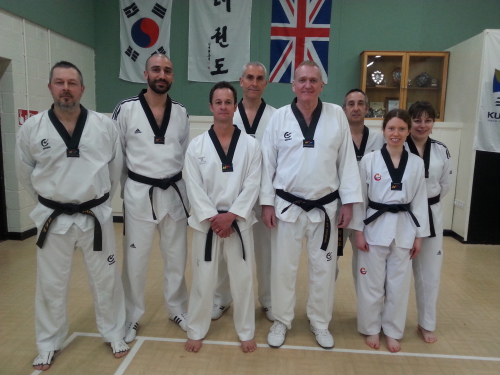 Norwich based classes for School Students and Adults

Minimum age 6 years old and above

THORPE MARRIOTT VILLAGE HALL.  This class is for ages 11 and over including adults.

(for all age groups but children 6-10 years of age may get an earlier start time in the near future either 5.15pm or 5.30pm)

Want to view a class before making any decisions? Then please feel free to contact us to arrange a visit.